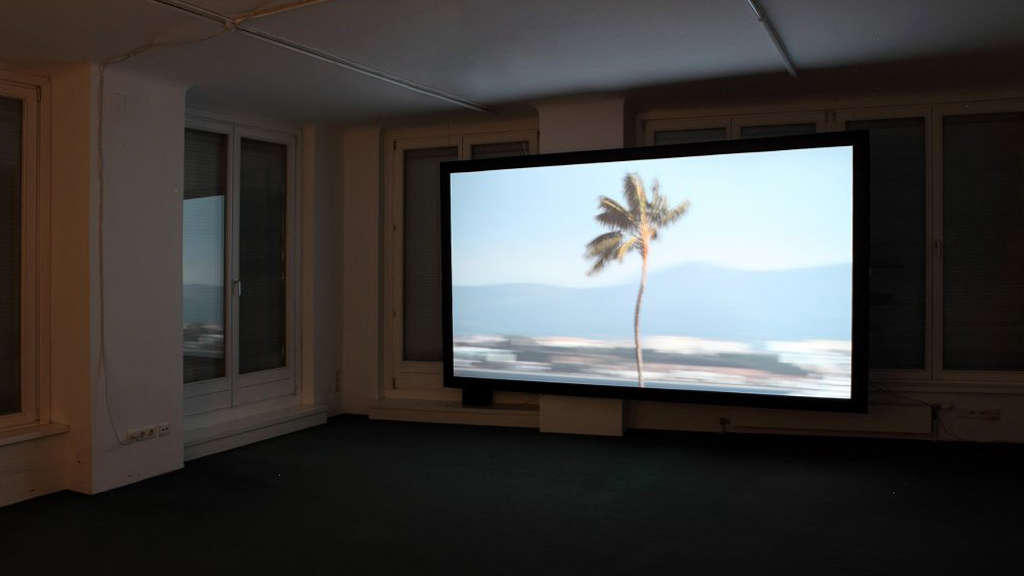 João Onofre artistic works, be it videos, installations, photography, or drawings, deal in poetic, mysterious, and often challenging images with the political, social, but also cultural-artistic issues of our time. In doing so, Onofre blends fiction and reality and repeatedly addresses in his works, in an often ironic, casual way, what Luc Lippard called the dematerialization of the work of art as a political subtext. As an artist living and working in Lisbon, he is interested in the social and economic structures, changes, and hardships in his country, which are ultimately the result of a global and existential crisis.

With his video work ‘GHOST’ (2009 to 2012), presented in the exhibition of the Neuer Kunstverein Wien, he tells of a silent journey of a floating island on which a solitary tropical palm (Howea Forsteriana ), rare in the northern hemisphere, can be seen. The installation, built by Onofre specifically for the film work, thereby crosses the city of Lisbon along the Tagus River from south to north until it finally disappears on the horizon. The camera follows the island on its strange path, as it were, but largely hides the tourist attractions and shows instead the left riverbank, which is occupied by industrial enterprises. The bridge of April 25th, which used to bear the name of the fascist dictator Salazar, or the statue of Christo Rei come into the picture, side by side with industrial plants. The images of ‘GHOST’ oscillate between the glorious past, the precarious present, and the threatening future of Portugal, Europe, and a young generation of uncertainty. The tension and expectation of the viewer dissolve abruptly with the disappearance of the island, a quasi-utopian vehicle, behind the horizon, leaving a feeling between melancholy and joy.

‘Promise of a sculpture’ (2012) is a humorous comment on the relationship between artist and client, about artistic will and the conditions of the creation of a work, a well; it's about trust, mistrust, the intuition of the artist and power of the patron, ideas and pragmatism.

Thus, the work can come about only when a diviner finds water. The appearance of the well remains a mystery until it is built, but that is written in the stars. Through the question of concept and work, idea and capital, the element of water inherent in the work also speaks to political, economic, and ecological imbalances in the world. The untitled work (We are closer than you think) is part of an ongoing series since 2005. Onofre types a personal, mostly enigmatic sentence into a local newspaper while invited to an exhibition.

The sentence ‘We are closer than you think’ printed in the foreign section of a newspaper is romantic and disturbing at the same time, a subversive statement and expression of sober political reality. Onofre's strategy here brings to mind J.L.Austin and his book "How to do things with words", in which he points out that words can take on both a normative and performative value. 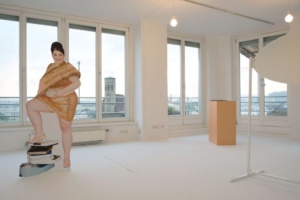