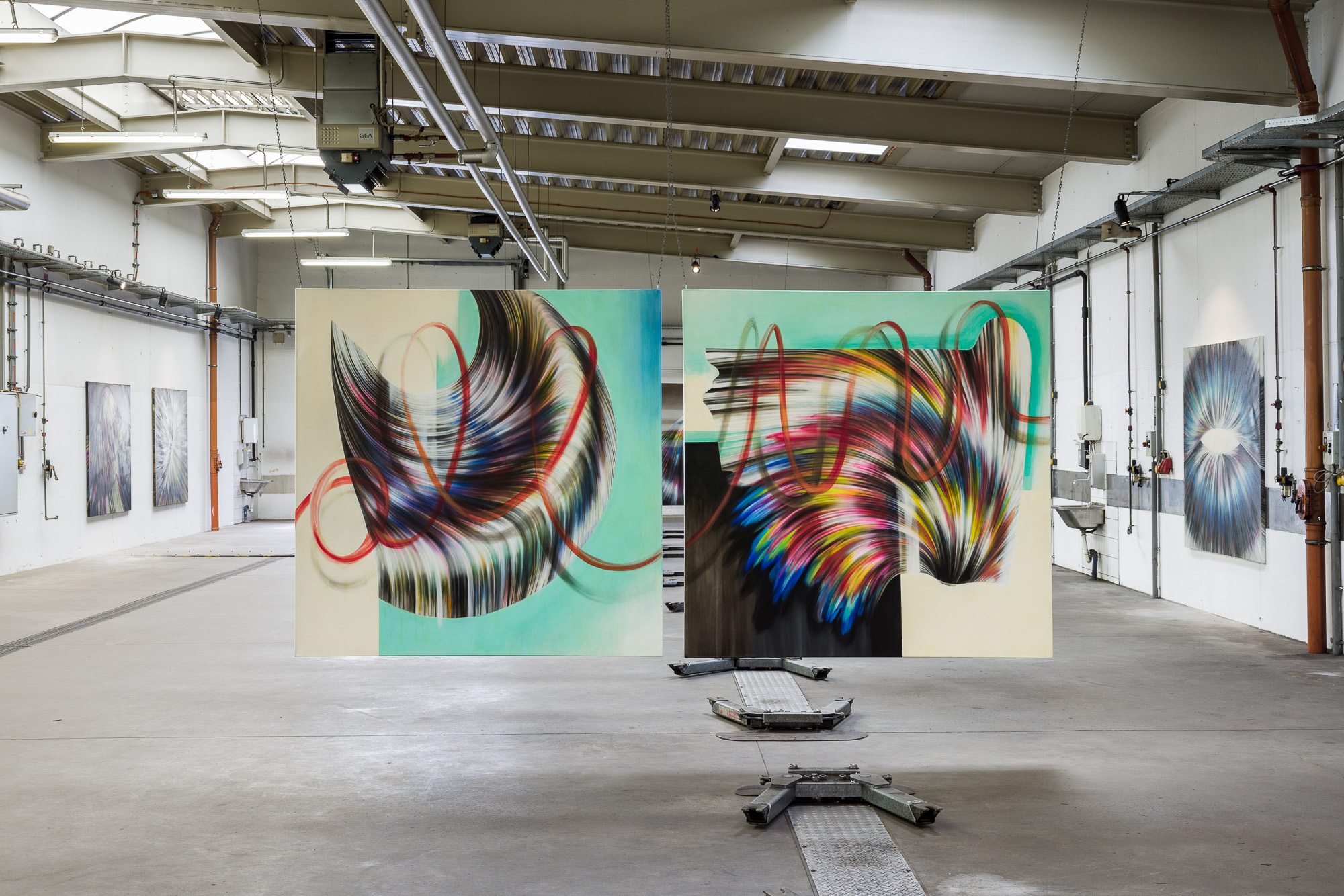 ...I always hoped I could escape the line that defines a certain space and be surrounded by a large area of some colorish fields. In 'Parachute Paintings' it seems I found a way to transform the line into a ray that simultaneously behaves like a surface; a heavily folded surface; ready to change from inside to outside, from abstract to an apparently concrete form that exists for just one minute and then be something completely else—maybe language, maybe just one single word…

'Parachute Paintings' indicates a new stage in Silvia Robin Ederer´s meditation on light and color and the mysteries and narratives of their paths towards materialization. As if issued from a 'shine-through-from-behind-land', they challenge the 2 dimensional limits of the canvas in dialogue with our 3 dimensional glowing virtual realities.

Informed by studies of new media and photography, Ederer often stages her work in public spaces, an experience which can find its way back into the picture itself in the form of a painted shadow or refracted color. Exhibiting her works as performance within an urban environment creates a highly spontaneous dialogue with the world outside. The exhibition 'Parachute Paintings' staged in a cavernous mechanics garage, is a genuinely natural move within her exhibiting practice.

From the rays that serve to emphasise the visualisation of a very innermost experience of divine love in Bernini´s Ecstasy of Saint Teresa, to the contemporary glow of the screens that surround us, light serves as both medium and the depicted. Stripes, beams, gaps and meandering rays become the architectural language of Ederer‘s pictorial space. A beam of light becomes a color changing and penetrating force, something that can breach the membrane dividing internal and external entities. A parachute evokes air as its primary element of interaction. Here, a circuit of a water-like movement is also implied.

The intertwined dimensions and fluid movements become a playful and philosophical metaphor for being in the world and self-materialization. A parachute is a lifesaving fabric to protect from an otherwise fatal fall and it simultaneously allows for the extra-human experience of flying above the earth.

read less
More Exhibitions
Sophie Utikal
There Is No Separation 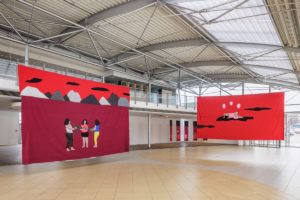