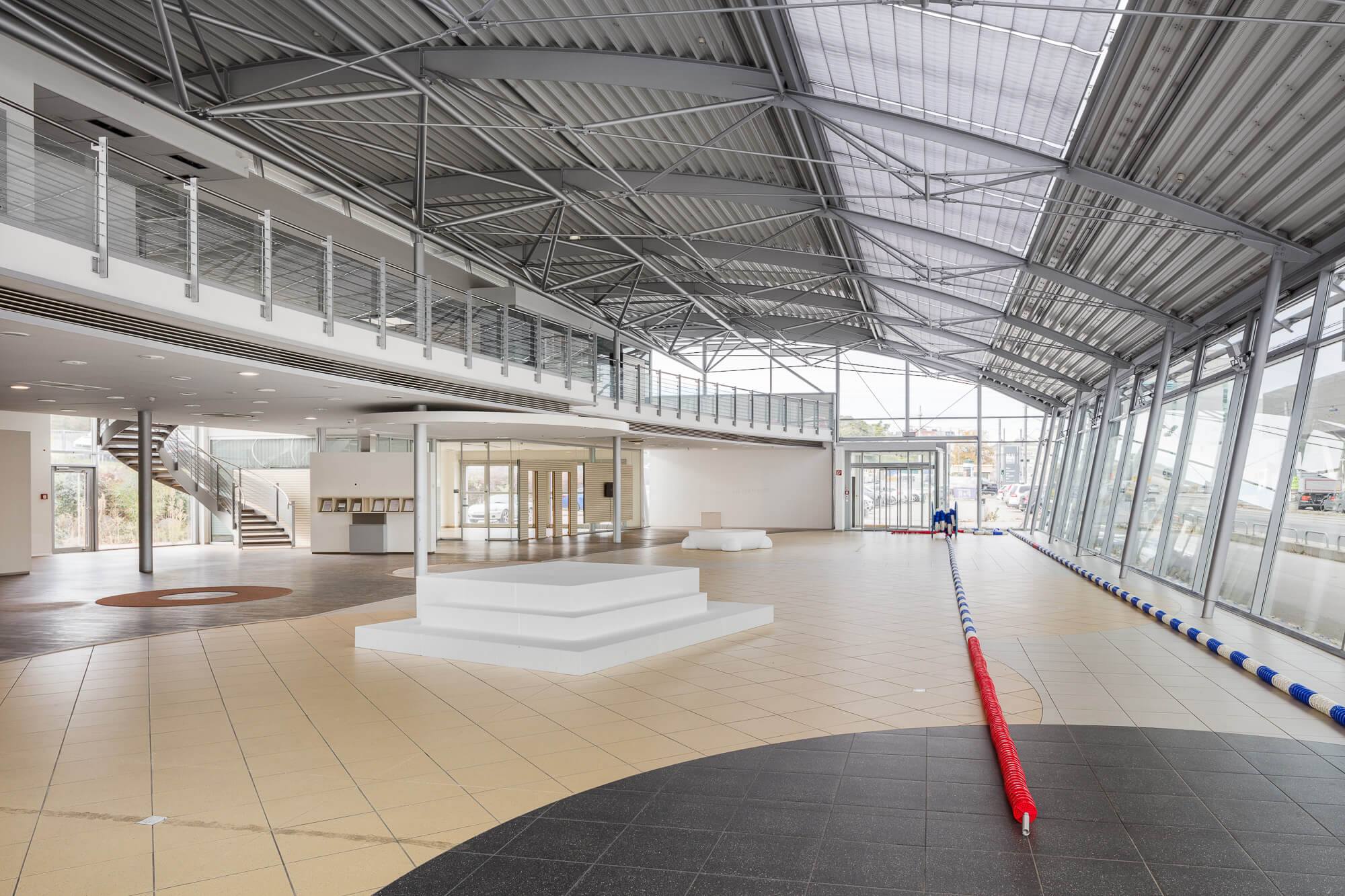 Autohaus is the German Expression for a car dealership, it means ‘a house for cars’. Focusing on the idea of shelter, the German expression leaves out the idea of trade. The exhibition title Autohaus St. Marx is made up, it is a conjunction of three words: Car Dealership, Saint, and Marx. To explain: Sankt Marx is the actual historical name of this quarter of Vienna and refers to the Evangelist Mark.
However, there is a sense of contradiction between the car dealership, the saint, and what is the current understanding of the word Marx. This combination of nouns poetically hints at historico-cultural sediments and how reality is cobbled up. In this sense, the three words describe this particular part of the city quite well.

Historically speaking, St. Marx is a semi-industrial area; it has been home to lazarettos and even plague hospitals since the 13th century, to keep infections out of the old city. The name St. Markus evolved from the religious aspects of care and precaution. Later, and primarily since the 18th century, it became the main meat packing district, which is now predictably being modelled into a creative hub.

Where market halls, slaughterhouses and hospitals once stood, there are now larger dealerships, offices, expansive hardware stores, storage spaces and a highway. There remains an old Biedermeier Cemetery underneath one of the highway bridges, where both Mozart and Josef Madersperger the inventor of the sewing machine are buried—both of their graves almost unmarked.

To the west is a swathe of traditional social housing from the Red Vienna period of 1919 to 1934, and a new media and science building complex named ‘Biocenter’ to the east. All this ceases at a large undeveloped strip, on which a new event hall for the city will be built. For now, it is still home to an interim urban gardening program and a beautifully weird, self-made skatepark.

Using this former car dealership to show contemporary art makes an eerie kind of sense, it feels good. The generosity of the building is not intended for art, which might be a relief. Its spaciousness is imparted with a different kind of material importance to people’s lives – not judging. Its architecture has a different logic, which aims at different feelings, needs and propositions than art. Even though the cars sold here might have catered to the middle and upper middle class(es), the set-up is more industrial than that of the usual bourgeois art contexts. Cars are highly problematic—perhaps one of the biggest problems of our time. They’re brutal, and they're also beautiful. They represent power not just through their mechanical prowess, but also by existing in incredible numbers and constituting a large part of our surrounding infrastructure.

The works in the show inherit a spectre of corporateness, but also the eeriness of the ideological drain of this building and its surroundings. Like the historical sediments of a Sebald novel, they seem as out of place as they are at home within the old car dealership—which, as of now, already exhibits signs of becoming a ruin. 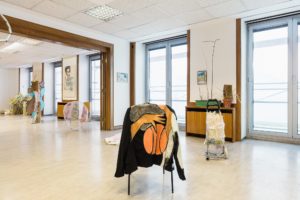