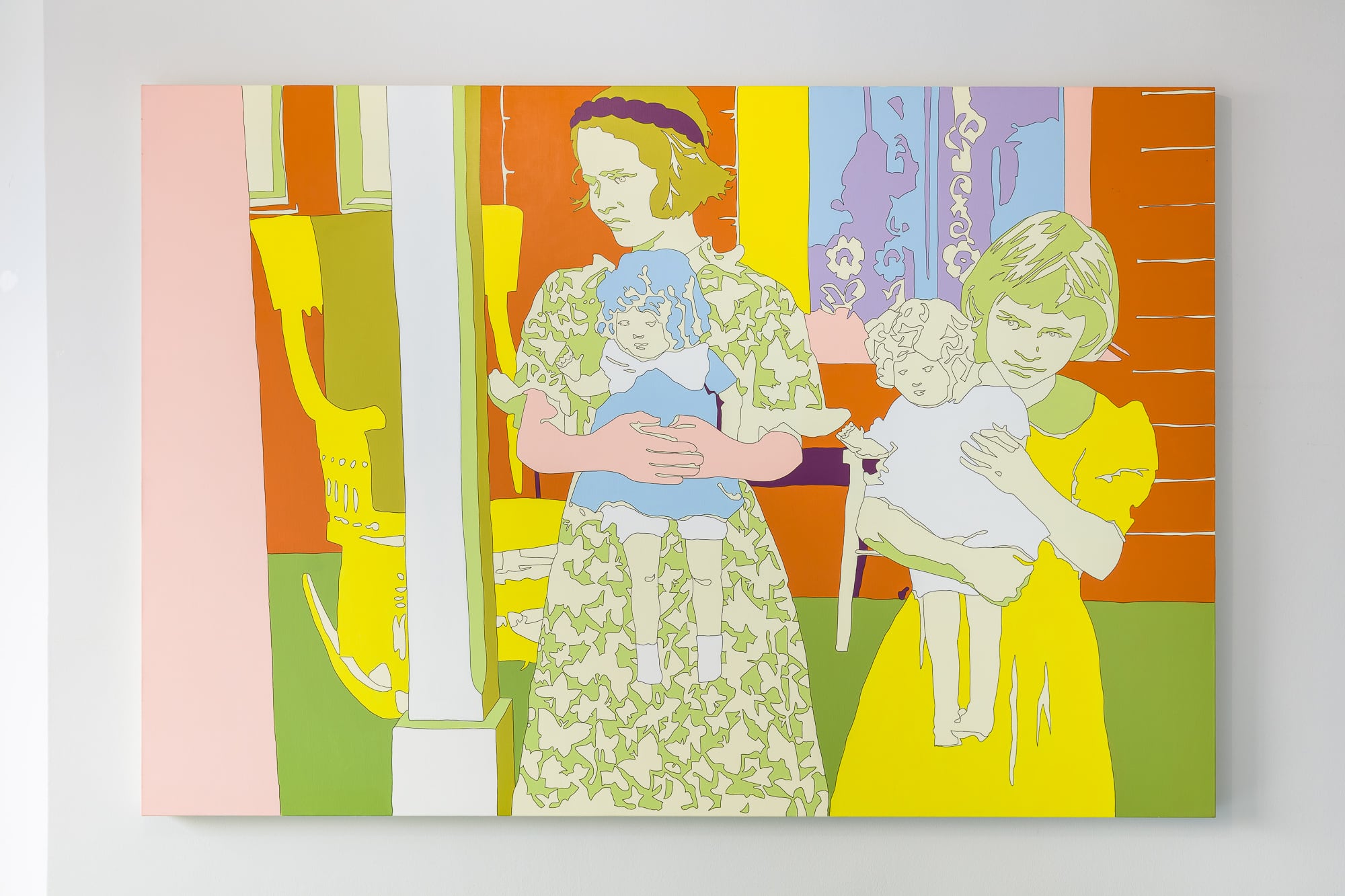 The Neue Kunstverein Wien will present ‘Let Us Now Praise Famous Men’ a survey of works by Francis Ruyter made between 2009 and 2020, which have never been exhibited in Vienna. Engaging in a critical analysis of the increasingly shaken ‘American way of life’ these works made over the last decade gain in topicality and relevance in the face of Covid19 pandemic regulations and the deep and tragic economic impact on millions of people which is sure to follow, and also in the face of the increasing division of society through racism, violence and inequality.

Black Monday on Wall Street: With the collapse of the investment bank ‘Lehman Brothers’ on September 15, 2008, the global financial crisis reached its breaking point — and the economy was in shock.

In 2009, Francis Ruyter began his search for a visual mapping of that crisis which had a swift and merciless impact on ordinary Americans, who, within a few weeks, lost homes, health care, jobs and prospects, in sharp contrast to the idealized ‘American dream’ embedded in American identity constructions.

Picking up a strategy of appropriation, Ruyter began to source material for his paintings from the Great Depression era photographs of the celebrated FSA/OWI archive housed in the Library of Congress in Washington DC. FSA photographers such as Walker Evans and Dorothea Lange impressively documented the precarious living and economic conditions of Americans dramatically impacted by the social and environmental fallout of economic failure, drawing attention to the social problems of their time, and in the process created foundational images of American identity. Using this historical visual material, Francis Ruyter draws parallels to the current social upheavals and crucial turning point(s) of American self-understanding and identity. He continues in this body of work his life-long study of constantly changing imaging and identification technologies, and how this might play a role in mediating contemporary crises.

The exhibition at the Neue Kunstverein Vienna is a striking demonstration of how Ruyter uses painting to analyze the connections between art and media technologies, while at the same time thematically addressing the consequences of economic and social upheaval for American identity. The exhibition consists of large scale works depicting patriotic displays and protests calling for fairness, signs of the times, portraits of people adapting to conditions created by wartime and economic urgencies, and depictions of scrap piles of mechanical parts, which are every bit as figurative but read as abstract statements about the dissolution of concrete images.

‘Let Us Now Praise Famous Men’ shows parallels of historical crises of American self-understanding, and serves as an alternative visual narrative in its abstract reduction; an expression of personal critical political thought and commitment and a call for collective resistance. 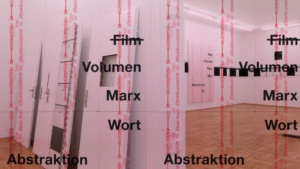