The Sawmill of My Friend Andre's Grandmother 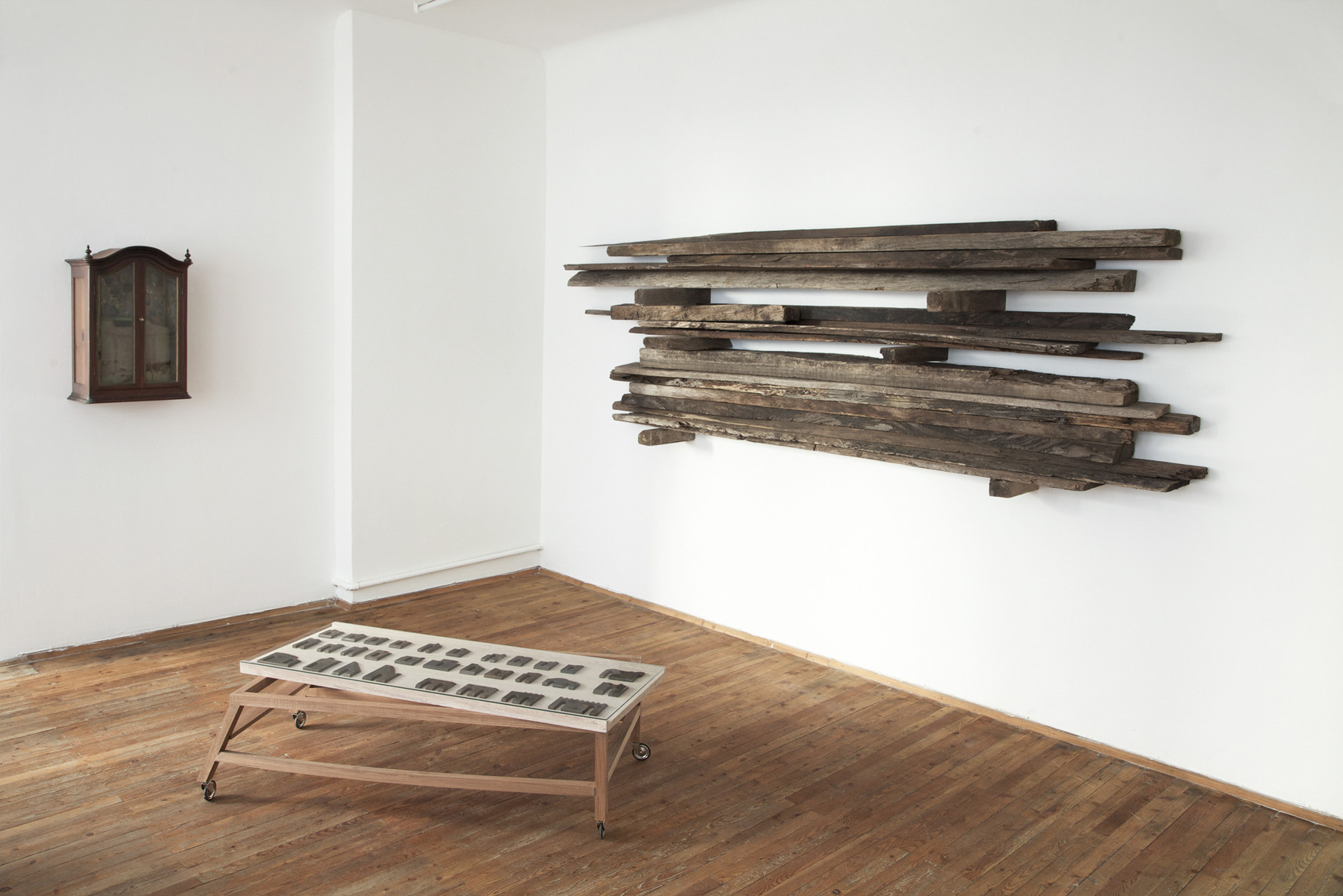 The Sawmill of My Friend Andre's Grandmother

James Beckett works at the intersection of conceptual art, sound art, and experimental music. His installation works oscillate between memory, history, and documentation, often taking the form of archives of museological set pieces of changing realities. In this way, his works allow us to participate in fragments of history, stories, and biographies.

Recently, Beckett has been interested, above all, in the economic, demographic, and cultural developments of certain places and landscapes as a result of industrial progress, whether in Poland, Germany, Italy, or Portugal. At the center of his project created in Portugal, which will be on view at the Neuer Kunstverein Wien from April 22 to May 26, 2011, is the run-down sawmill in the center of Lisbon, the long-running family business of his friend André Avelãs. Formerly a lively and bustling center for the processing and trading of exotic hardwood, it has suffered from a steadily increasing recession for more than two decades. Beckett is interested in the decay of manual production and tradition, which is also linked to the dissolution of former human structures, ways of working, and relationships.

Here Beckett creates a series of biographical and material portraits, presenting both objects found on-site and objects he himself created. He juxtaposes the technical work and tools of the sawmill with the labor of the people working there. Together with the signs of function, labor, subject, and object, the sawmill becomes a symbol of human and technical existence. The decayed, rotten wood stands on the one hand for its transience and malleability and simultaneously for the technical precision of this craft.

In addition to the work ‘Façade Portraits’, in which Beckett transforms stacks of arranged and rotten wooden boards into artistic objects, he exhibits machine parts in the mobile showcases. The abstract forms of the old wood take on a kind of harmony, an expression of an almost superhuman order that contrasts with the chaotic environment of the sawmill. The arrangement of the objects reflects an interest in the structures and forms of the technical work. The two shrines, each containing a canister, and the garish men's clocks complement the installation.

The resulting installation becomes a kind of library or ordered archive of biography and technical craft, linking life and work as one.

The opening of the exhibition will feature a performance by James Beckett and his friend André Avelãs. With their interest in sound, between dissonance and conventional melody, they move on the border between the sounds of folk music and those of Western minimalism.

James Beckett was born in 1977, Harare, Zimbabwe. Lives and works in Amsterdam, Netherlands