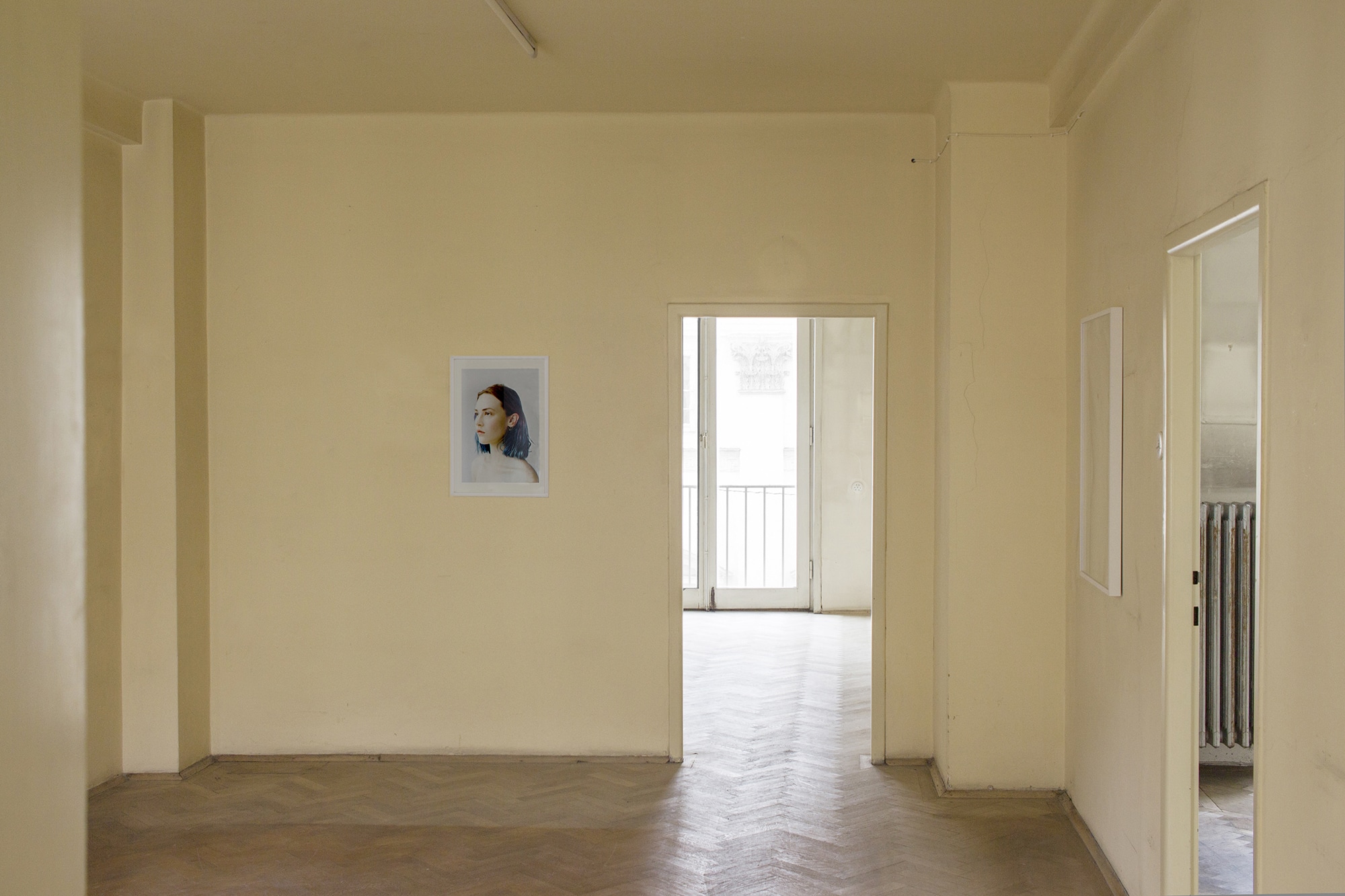 Serner's book is a rejection, as cynical as it is enjoyable, of the values of a bourgeois world whose existence and appearances are in indissoluble contradiction for him. But the book is also a plea for a life free of social conventions, full of adventure and surprises: a book in which the world is upside down, a dog is a hammock, world views are mixtures of vocabulary, and at the end of which Serner gives the cosmos a kicking.

Literary scholar Jörg Drews calls ‘Letzte Lockerung’ ‘a brilliant analysis of the age of consummate nihilism,’ a work that eschews any bad taste for morality, exposes ideology, religion, and art as vain boondoggles, and brands statesmen as crooks ‘en gros.’ With ‘Letzter Lockerung,’ Serner proves himself to be a linguistically powerful provocateur who spares no one, not even himself, when he writes: ‘The last disappointment? When the illusion of being illusion-free turns out to be such.’ In 1927 follows the 2nd part of the book, his practical instructions for action for impostors.

The exhibition is neither a visualization of Serner's book nor even a coherent narrative of Serner's life and world, but rather, through the works selected by the artists or made for the exhibition, artistic associations with Serner's provocations, theses, and themes. At the same time, they present an introduction to the artists, their work, and their attitude. The rooms of the Neuer Kunstverein Wien in Hochhaus Herrengasse proved ideal for the project, their unpretentiousness and everydayness lending the project a strong immediacy and density.

The exhibition opens with Agnes Prammer's handsome youth, whose classically dignified frame is reminiscent of a neo-Saxon portrait by Christian Schad, Serner's closest friend, who repeatedly depicted him in various poses, including as Saint Sebastian or as the model for a Christ head. Anita Schmid's subtle shots of elegant interiors (the Knize fashion store with an elegant stranger and a guest room of the Looshaus, on whose bed an unidentified young man lolls comfortably as if after a night of lovemaking) take us into the atmosphere of the salons and hotels frequented by Serner and the demimonde characters of his novels.

In her works, Rita Nowak confronts the phenomenon of dandyism and its narcissistic reflections by asking acquaintances, friends, or simply extraordinary people to stand in front of the camera and animate them to live out their personality potential in possible roles and to try out new identities. In doing so, she alludes to Serner's role-plays and camouflages.

Markus Krottendorfer contrasts the world of dandies, seducers, and tricksters with his image of an observatory. The image comes from his collection of photographs of some of the most important observatories in the history of astronomy. The telescope photograph can also be interpreted as an analogy directly to photography, as these buildings are oversized cameras. At the same time, it broaches the issue of looking outward into unknown worlds. Serner's passion, and that of many of his characters, is for ‘observation.’ At the beginning of ‘Letzte Lockerung,’ he sees the world from another star: ‘Around a ball of fire races a ball of excrement on which ladies' silk stockings are sold and Gauguins are discussed, a truly exceedingly sad aspect, for ladies' silk stockings can be enjoyed, Gauguins cannot.’

Hanna Putz literally occupies a small cabinet of the apartment with two large-format paintings and the kitchen with a portrait of a woman. One sees people interacting, the world of motorcycle racing, female racers in leather gear, a fighting dog; they form the setting for masculine domains and rituals now occupied by women. The ‘femme fatale’ that Serner sought and found as a counterpart and female antithesis to the dandy is a social normality.

With his photographic works, Gerd Hasler examines the relationship between image and reality. In the process, narrative and site-specific elements give way to reduced, general artistic statements that tend toward the abstract. Hasler is not concerned with a landscape but with the landscape itself, not with an image but with the image itself. Hasler quotes Serner's phrase: ‘Never dramatize, always simplify.’ His image of a disappearing, dissolving reality fits into Serner's strategies of self-extinction, which found its biographical expression with Serner's disappearance from his own life. In this regard, Serner decrees: ‘Be more than you, be nothing. Then you are everything.’

Anita Schmid counters Hasler's photographically painterly dissolution of the world with an almost sculptural female torso bathed in garish white, whose red-tinged nipple corresponds with a Serner aphorism in the practical manual: ‘Don't think women who make up their nipples (...) are easy prey, they are likely to be very pretentious or very money-hungry.’ A portrait of a woman, reminiscent of a Madonna, completes the naked female body? In another room, Anita Schmid shows her mirror works, in which people hold a mirror in front of their face and instead of revealing their identity, mirror their environment.

Hanna Putz juxtaposes Schmid's work with sequential excerpts of human scenes and bodies. Their works address the complexity of identity constructions and fragmentations and thus refer to core issues of Serner's work and life. In one of his last texts, a letter to his publisher Paul Steegemann, Serner writes: ‘Poetry is and remains a hoax, albeit a higher one. I make a point of saying this for the first time. To shape people is to fake them.’

Markus Krottendorfer's work from the series ‘Garzweiler II’ shows a doomsday machine, a bucket-wheel excavator in a brown coal mine in Germany. This excavator is used to dig up the soil and fields until the coal emerges below for further mining. The surface of the world is simply eaten up irretrievably. Paul Albert Leitner creates a photographic installation from photographs and texts on cardboard. In doing so, he stages himself as a traveler who is continually on the move, erasing the boundaries between proximity and distance, reality and the unreal, normality and absurdity; to Serner's biographical tricks and falsifications, he adds his speculations about Serner.
Krottendorfer juxtaposes his ‘Perspektiv’, also called ‘The End of the World’, located in the baroque palace garden in Schwetzingen, with Hasler's dissolution of the world. It shows a view through a semicircular, closed arcade in a dark grotto onto a wall painting illuminated by sunlight, which depicts a distant idyllic river landscape.
threat scenario culminates in another of Krottendorfer's photographs in an atomic warhead stylized into an art or design object. In a small windowless room, Rita Nowak presents a man in a dark suit standing cramped in a doorway. The answer to the question of whether he is too big for the world or whether the world is too small for him remains open. 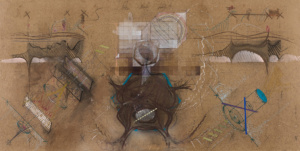