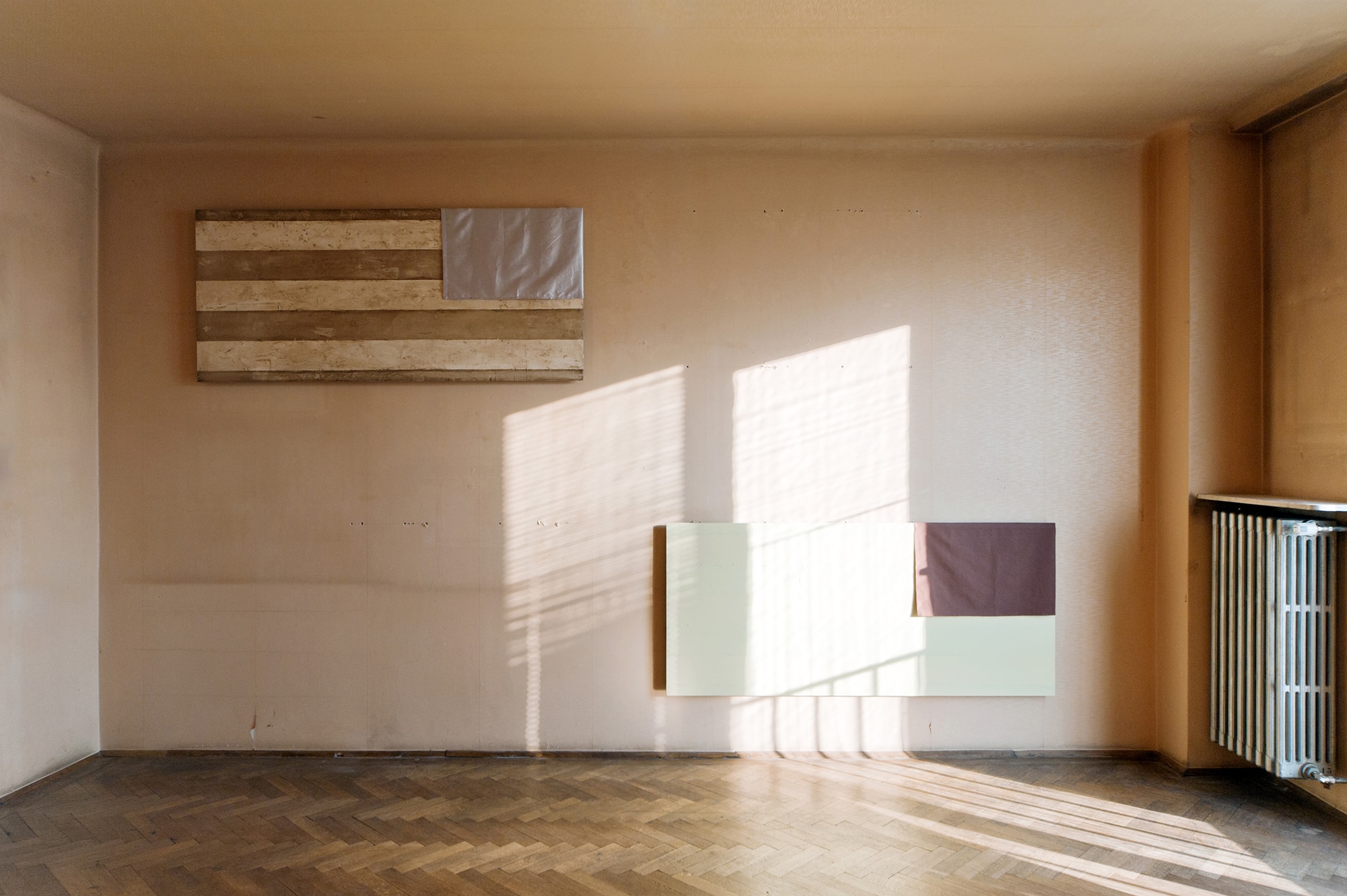 Today, the phrase ‘Alle Gewehre aufs Rathaus/all rifles on town hall’ is used almost exclusively in the card game Skat. With this sentence, the player indicates to his fellow players that he cannot be beaten because of his excellent hand and reveals his card. The phrase has its historical origin in the increasing restriction of private gun ownership, which is reflected in the command to hand them over to the town hall. In its ambiguity, the sentence can also be read as a request to turn arms against the town hall and thereby against state paternalism.

The title and story point to Mathias Pöschl's interest in ambiguity, historical and cultural referentiality, the relationship between inconsistency and stringency, associations and causality, historical-scientific objectivity and artistic subjectivity.

The installation by Mathias Pöschl for the Neue Kunstverein Wien combines painting, drawing, sculpture, and collage. Playfully, color, form, and narration are set off in mutual reference. In doing so, Pöschl draws on characteristic forms of minimalism, which he places in a political, social, and cultural context.

With this work, Mathias Pöschl takes his part in the long history of artistic reflection on the ‘flag’ theme, evoking memories of the famous flag experiments and variations by Jasper Johns. In the exhibition, there is a yellow striped flag, accentuated by a brown fabric hanging on it. The motif of stripes is continued in a chalk drawing and the central sculpture of the exhibition, a ‘barricade’ made of rubble, cardboard, and styrofoam. However, Pöschl's flag is set upside down like a negative and loses its meaning when the material is removed.

The barricade is made from flimsy material, not very durable. What seems solid, clear, and immovable is provisional, ephemeral, and in the process of dissolution. In this dialectic of order, chaos, the absence of form and duration, the irreversibility of processes, Pöschl's proximity to Robert Smithson's concept of entropy becomes clear.

Pöschl's formal engagement with minimalist art is linked to his interest in sociopolitical content, which he uses to form his ‘social sculptures’. In the exhibition, for example, he refers to the history of the black civil rights movement of the 1960s. With his installation at the Neuer Kunstverein Wien, he examines the relationship between theoretical reflection and political actionism, between thinking and acting. In one of his collages, he refers to Stokely Carmichael, a symbolic figure of the civil rights movement in America in the 1960s, who joined the Black Panther movement after a scientific career, only to leave for ideological reasons.

Mathias Pöschl, born 1981, lives and works in Vienna, where he studied at the Academy of Fine Arts until 2008. 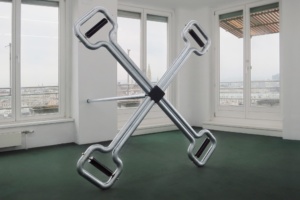