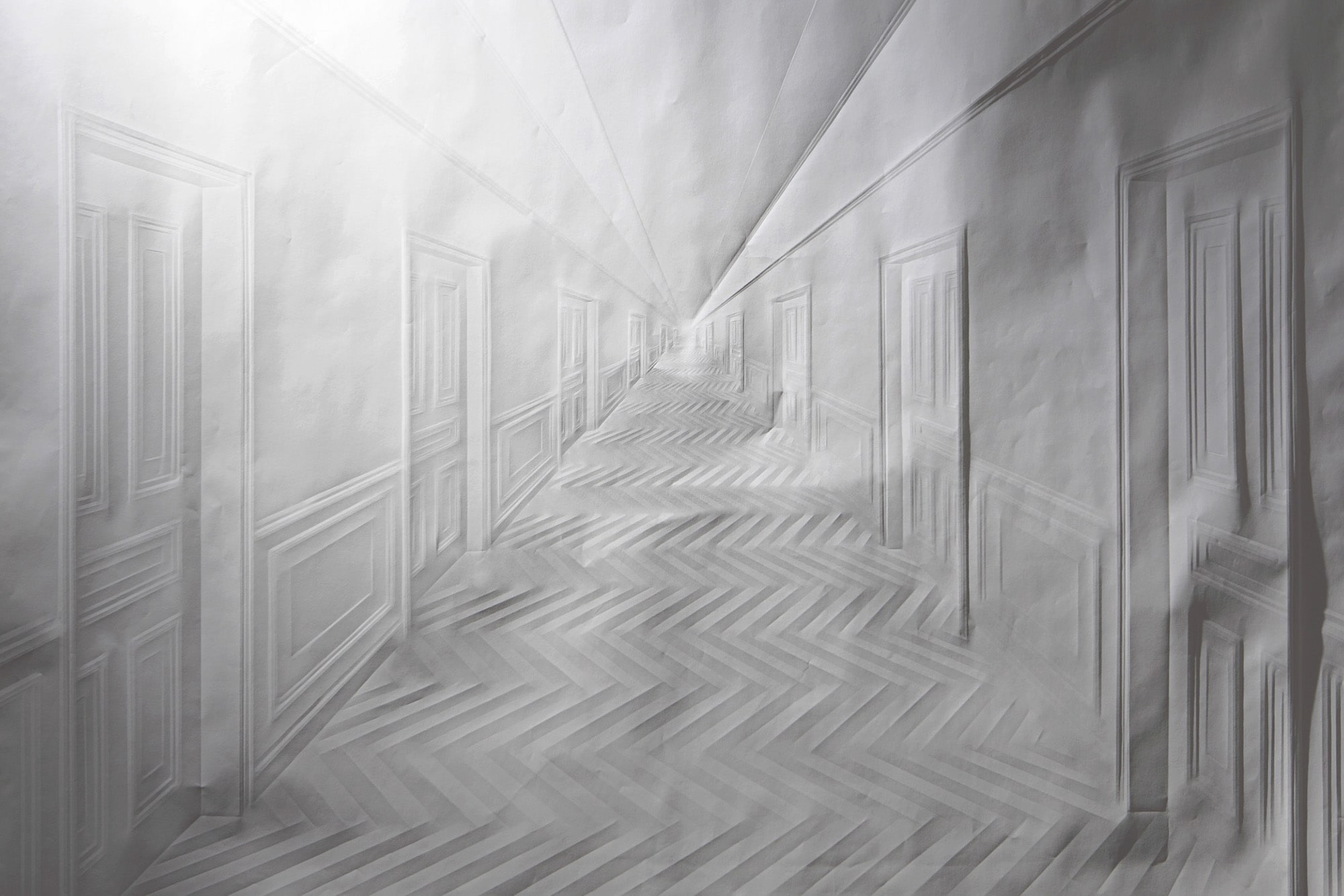 With the last exhibition of the year, the Neuer Kunstverein Wien is showing a project by the artist Simon Schubert, who lives and works in Cologne. In his installations, Simon Schubert often covers entire walls and ceilings of the exhibition space with white paper and transforms them into rooms with a labyrinthine appearance. Schubert processes the material with filigree folds, creating ornaments, paneling, and complex architectural images. The folded images and structures emerge in the sidelight and can only be perceived in the play of light and shadow.

In Schubert’s work, empty spaces are often interwoven with literary stories. In his project House Asher, from which individual works will be on view in Vienna in 2011, he refers to Edgar A. Poe's story of the same name.

The work of Samuel Beckett interests Schubert both in terms of content and form. Beckett's literary work became the inspiration for Schubert's first folds. On the one hand, the resolution all in white and on the other the reduction reflects Beckett's ideas in his works on paper.

In the exhibition in Vienna, Simon Schubert is showing a project, based on designs from 2010 of a large house with a CAD program based on the example of the Villa de Bank from the 19th century in Enschede in the Netherlands. The wall decorations and stucco were shown in a very reduced form. ‘The idea was to create a superordinate complex with the help of the CAD program, which is then divided into the individual images. This should also be the editorial idea of ​​this project, although the works are of course all unique. The entire edition is then put together again in the film.’ A hundred individual sheets were created from the CAD drafts.

The hundred pictures represent a passage through the villa and at the same time result in a stop-motion film in the photographed sequence. A selection of the works on paper and the film will be on view in the exhibition.

‘An interesting thought that is present in all the works, is to think of architecture as a folded surface. A very mathematical approach with which I repeatedly play in different ways, or jump back and forth between space, illusionary space, and image of space. With the edition, I also approach this topic. In many other pictures, there are often mirrors or transparencies and pictures that question or complement the illusionary spatiality of the pictures. It becomes unclear what space, image, or image of space is. In the large paper installations, the images merge into the actual space and continue it.’ You move through repetitive patterns and mysterious images like in a ghost cabinet. All of the spaces created in the folds could be viewed as a continuum. All the following sheets are in turn partial views of an imaginary labyrinth, endless building with corridors, staircases, cabinets, a place where things only go on and whose doors are not exits but entrances to other rooms. The viewer’s gaze gets lost in a world of permanent duplication, repetition, copying. 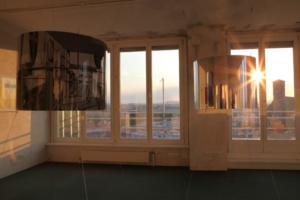