What Is and What Should Never Be 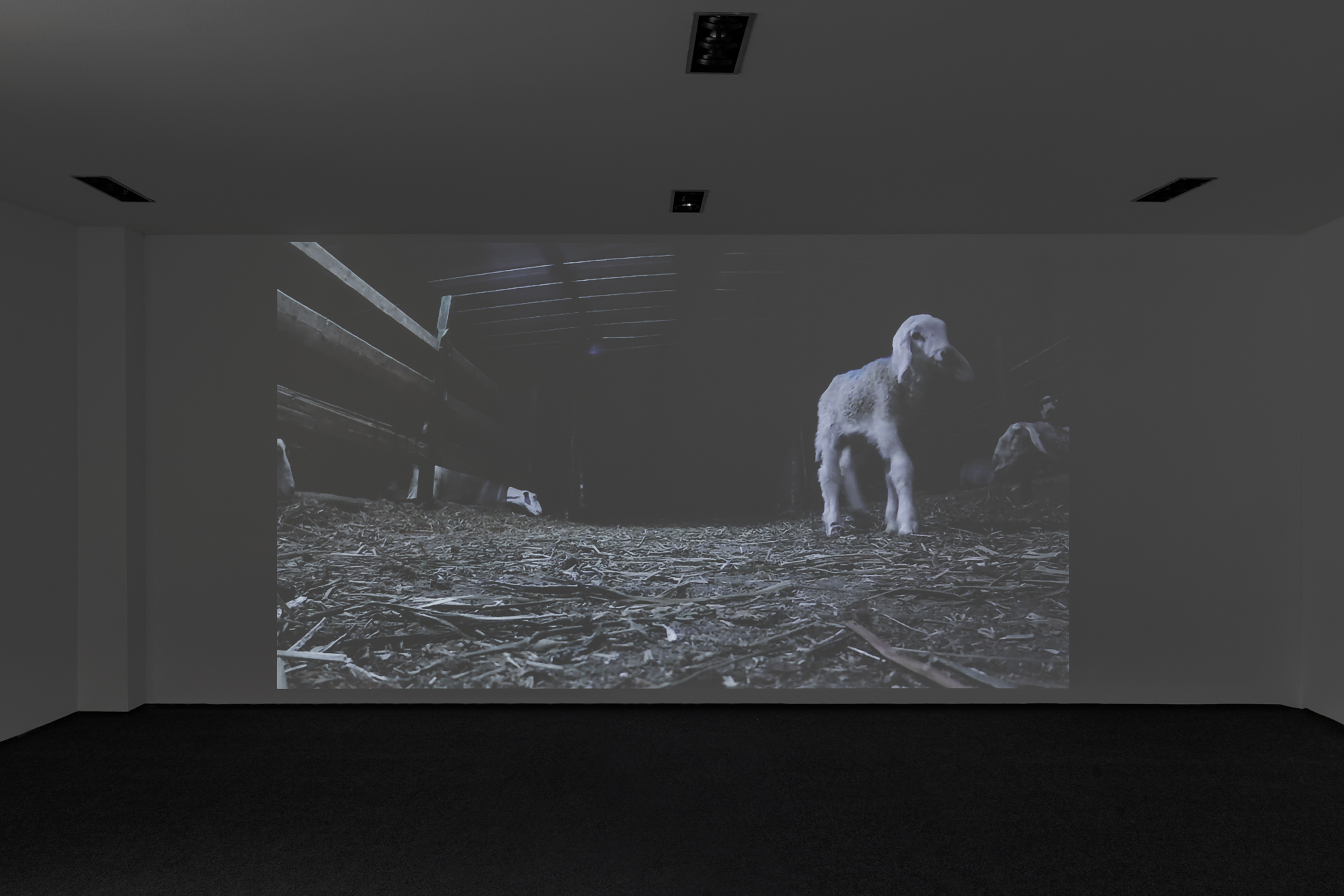 What Is and What Should Never Be

The two-person show consists of a large video projection by Alina Yakirevitch and six spatial photograms by Martine Flor.

Farm animals in bucolic settings lull in their styes and pens, nurse their young, and sniff each other. Their days, activities, and environs are distinctly animal, but seem controlled, restrained, even humorous. The restraint and seeming jokes we see paw at the human-made distinction between them-self, their home, and the rest of sentient creatures.

‘This project was initiated in the winter of 2020 and lasted about two years. I was compelled to investigate the relationship between my body and animal bodies, especially those who are physically larger than myself, and who are not pets but rather those who live amongst their kind. Therefore, my interactions with them were not based on a pre-condition of habits such as petting or mutual care seeking. If there was touch or closeness, they were of a non-scripted and unexpected nature. In the process of making this film I used a GoPro camera for its small size and because it doesn’t need to be held while shooting, so that the camera could be placed in various positions in relation to the animals’ bodies. This way I could capture the subjects from up close without causing them distress’

Six spatial photograms hang from the ceiling. The image permeates the fabric, closing in on itself in extreme isolation, but simultaneously acting as a translucent boundary between space, surface and object. As both carrier and sign, the photograms display the inevitable separation of language from the distance needed to make sense of it: a preverbal wish of merging which is never fulfilled.

‘Process: I take several sheets of polyester fabric and soak them in a photographic emulsion made of liquid silver chlorobromide. I hang the wet sheets over tables and chairs in a room, where they cover the interiors as shrouds. I then expose the shrouds with a flash of ceiling light, before developing them photochemically and drying them on stretchers.

I repeat the process until it is exhausted.

The results are impressions, not prints.’ 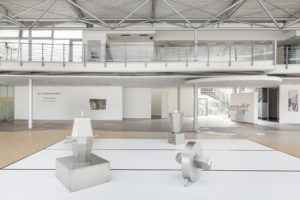